YELLOWKNIFE (Friday, September 9, 2022) – The Speaker of the Northwest Territories Legislative Assembly, the Honorable Frederick Blake Jr., expresses his condolences to the Royal Family after the passing of Her Majesty, Queen Elizabeth II.

Queen Elizabeth II was Canada’s longest reigning Sovereign and the first to celebrate a Platinum Jubilee, marking the 70th anniversary of her accession to the Throne on February 6, 2022.

Queen Elizabeth II and the late Prince Philip took time to visit the Northwest Territories twice and were warmly welcomed on each occasion. In 1970, they travelled to multiple communities across the Northwest Territories. Her Majesty had a hands-on northern experience, including holding a gold brick poured in Yellowknife and an unscheduled landing due to a mechanical failure in an airplane. The Royal Family even had the opportunity to observe northern games in Inuvik.

“In 1994, the Queen visited Yellowknife where she dedicated the Legislature building in which we so proudly do our work today. In her speech from the Speaker’s chair, she remarked, “You have your differences, linguistic, cultural or geographical. May these differences long remain, but may they never be cause for intolerance, or give rise to acrimony.” In this way, Her Majesty demonstrated her understanding and support for consensus government in the Northwest Territories,” said Speaker Blake. “She was a pillar of leadership and stability for this country, and this is an enormous loss. The Legislative Assembly will mourn, not only for the Royal Family but for all northerners, this immeasurable loss. Queen Elizabeth II demonstrated a keen interest in and understanding of the Northwest Territories,” expressed Speaker Blake.

The flags at the Legislature will be flown at half-mast until Her Majesty’s funeral takes place. A book of condolences will be made available in the Great Hall of the Legislative Assembly Building. 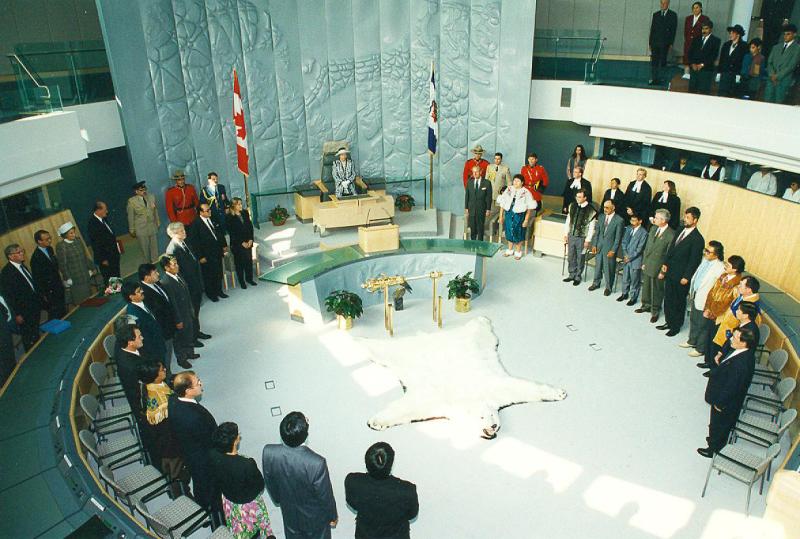 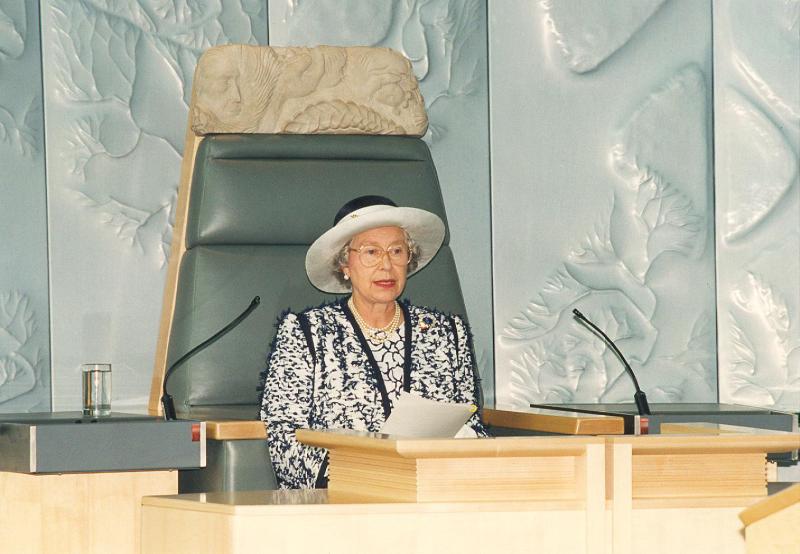