YELLOWKNIFE (April 9, 2021) – The Speaker of the Northwest Territories Legislative Assembly, the Honorable Frederick Blake Jr., expresses his condolences to the Royal Family after the passing of His Royal Highness the Duke of Edinburgh, Prince Philip.

In his 99 years, Prince Philip’s endeavors always represented courage and leadership. His Royal Highness fought bravely for freedom in World War II, served as president of nearly 800 organizations, and notably, served as the Royal Canadian Regiment’s colonel-in-chief since 1953.

Queen Elizabeth II and Prince Philip toured the Territory in 1970, stopping in communities from Inuvik to Fort Smith. It was their next tour in August of 1994 where they visited the Territory’s newly opened Legislature together, hosted by Speaker at the time Jeannie Marie Jewell.

“I would like to send my sincere condolences to Her Royal Majesty, the Queen, and the Royal Family on behalf of Members of the Legislative Assembly and residents of the Northwest Territories,” said Speaker Blake. “The photos we have of His Royal Highness in our legislative Chamber in 1994 will be cherished greatly.”

The flags at the Legislature will be flown at half-mast until his Royal Highness’ funeral takes place. 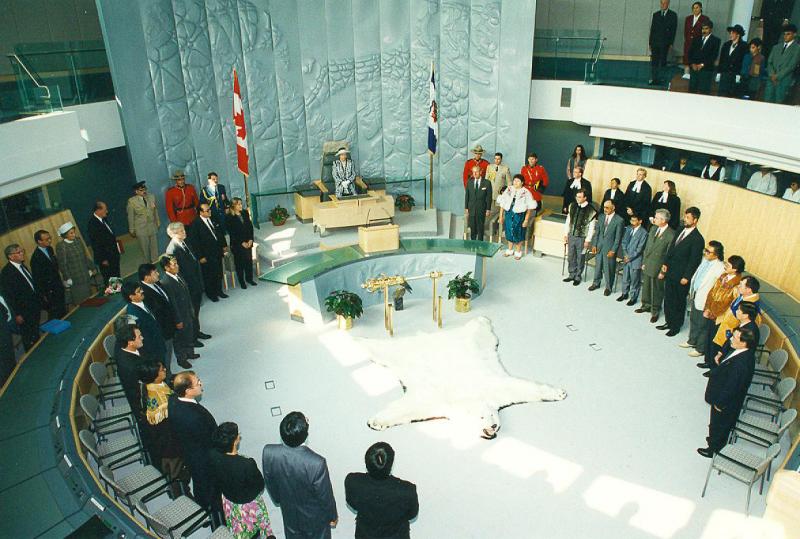